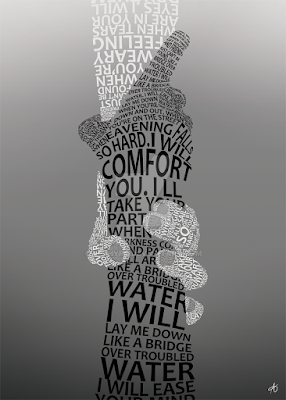 I know no tune in the great American songbook that speaks to my heart more than"Bridge over Troubled Water" by Simon & Garfunkel. It was released in 1970 when I was ten years old and is one of the quintessential songs of my childhood and teens.

However it wasn't until after I became a Christian that it turned into my constant inspiration. I went up to the altar of my church for prayer one Sunday and as I stood with my eyes closed, God spoke to me as clearly as I had ever heard.

"Your time has come," He said. Honestly, at first I thought He was telling me I was going to die. But then I got this niggling idea that it might be a song lyric. When I googled the words, there they were: lyrics to one of my alltime favorite songs. But they took on new meaning and were being sung from Jesus to me.

I was, for lack of a better word, gobsmacked. And for the first time I began to truly grasp how Jesus had continually pursued me using music and lyrics. 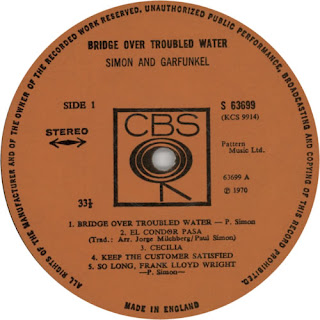 What is even more fascinating is the fact Bridge Over Troubled Water was Paul Simon's first attempt at writing a gospel song. Its inception was an experience he has always acknowledged as divine. "I have no idea where it came from. It came all of the sudden," said Simon. "It was one of the most shocking moments in my songwriting career...it was considerably better than I usually write."

Little did Paul Simon know that the Eternal God would use the lyrics to raise the hopes and dreams of a silver girl and new believer on the Canadian prairies over 30 years later.

And it started a conversation with Him through music that has never stopped.