Go ahead...Have a talk with God 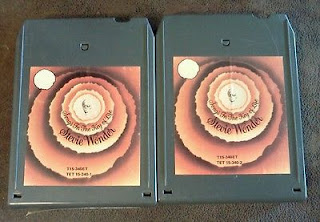 I have a lifelong obsession with Stevie Wonder's Spirit-filled magnum opus Songs in the Key of Life. I have owned this record on vinyl, 8-track, cassette and several copies of the CD (the ones who "borrowed" it...you know who you are. Yes I'm talking to you Sulai). Not a season in my life  in my life goes by when I don't listen to this record and let it chart the way out of wherever I'm at. It's the ultimate road trip album. The perfect accompaniment to a late night bbq. It has songs for romance, for heartbreak, for dancing, for encounter.

It started when I was 18 and became utterly fixated on "Have a Talk With God"  during a break-up with my abusive and controlling high school boyfriend. I'd play the hell out of that song over and over up in my loft bedroom in River Heights and sing along with the lyrics, especially the refrain: When you feel your life's too hard // Just go have a talk with God. I actually had no clue how to communicate with Father God, and this was the closest I got until many years later. I now know this was my first experience with personal worship. Until this point, the closest I got was singing songs at St. Ignatius, the Catholic church I attended as a teen.

Truth be told I was so besotted with "Have a Talk With God", track number two on the first side of the double vinyl release that I barely listened to the other record. It wasn't until many years later that I discovered classic songs like "As" and "Joy Inside My Tears".

Songs in the Key of Life is often designated by music critics as one the best records ever made. Prince, Elton John, Michael Jackson and Whitney Houston all count it as their favorite album, and Stevie himself says it's the record he's most satisfied with. But for one River Heights teenager, its second song provided a crucial connection with the Most High that has managed to last decades.

There are people who have let the problems of today 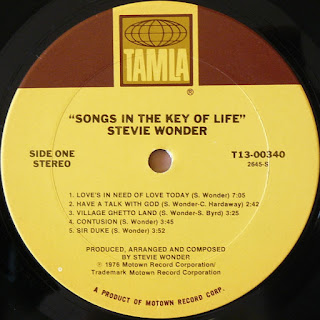 Email ThisBlogThis!Share to TwitterShare to FacebookShare to Pinterest
Labels: Have a Talk With God, Songs in the Key of Life, Stevie Wonder